Our twins were born in July 2019 and we started our new journey.

Since before they were born, I’ve been asked many questions from friends and strangers.

As queer parents, we tend to get asked many questions about the origin of our children. It is natural to be curious, but I think it is also important for those asking the questions to pause and reflect on why it is that they are asking such personal questions.

Why do you want to know about the child’s origin?

It is generally the case that at least one parent in a same-sex couple is not related by blood to the child.

Even if it is not a same-sex couple, the same is the case for many who receive fertility treatment and those who adopt.

When we are asked personal questions about the origin of our children, we generally answer because it’s not a secret and there is no need to hide; we plan to be open and honest with our kids as well.

However, sometimes we don’t feel like answering such questions because this is also our personal story.

The following is a summary of frequently asked questions for LGBT parents.

I am not saying “do not ask” these questions; rather, I am asking you to ask yourself, “Why am I asking these questions? Do I really need to know the answer? Is this really what I mean to ask?”

How did you have kids?

If you’re a heterosexual couple, you’re definitely not being asked “How did you do it?”. It is in some ways similar to asking “How did you have sex?”

It is a personal question that we may or may not feel like discussing. I am very open to sharing with other LGBT people considering having kids and wondering how, but it can be awkward to go into detail with people I don’t know well who are just asking out of passing curiosity.

Why did you want to have kids?

This question is also asked of hetero-sexual couples, but I think I get asked it even more. Perhaps it is not well-known that even same-sex couples have a feeling that they want to have children.

Why didn’t you adopt?

I was surprised when I was first asked this question. I don’t imagine that heterosexual couples get asked this very often. Of course adoption is a wonderful option to consider, but it surprises me that I would need to defend not choosing it. Perhaps for the people asking this question adoption seems like a more obvious or acceptable option?

How did you decide which of you would get pregnant? Which sperm did you use? Which egg did you use?

I understand that people are curious– there are more possibilities for us than the average heterosexual couple. However, these simple questions may be more personal than the asker thinks and perhaps should not be asked as casually as it often is. The answer may involve discussing difficult personal situations, so this question should only be asked if you are close enough to the couple to hear the answer.

I guess what these questions mean is the asker is looking to know who is connected by blood/genetics to the child. But they come across as unusually harsh because of course they are “my” children and it doesn’t feel good to have that questioned.

Who is the father?

Not only is this a personal question as mentioned above, but also the word “father” is not the word to use in this situation. Our children have two mothers and a donor.

This is the voice in my heart:

Why do I have to tell youuuuuuuuu

It does not mean that you are forbidden to ask, but first ask yourself: Do I really want to know?

For me, that process is behind us and we don’t need the frequent reminder.

Do you want to have your own kids someday?

Once people know who was pregnant, we get this question.

My children are mine. They have been my children since I heard their hearts beat.

My partner and I fully support each other and overcome many obstacles that block our way together.

Who is the father role?

As two moms, I was asked this question. I think that many people have the misconception that “there is a male role and a female role in all relationships, but the same-sex couples do not have a father or mother role.

We have roles as parents.

Perhaps, those who ask this question somehow want to find out our blood connection and about the donor process… so see above.

Can you raise a child as a same-sex couple?

There are many times I have been asked those questions as well. Fortunately we have countless models to show that we can.

Is it not against nature that a homosexual couple has children?

There are already research results that there are many same-sex couples in the natural world and some that seek out and take care of offspring. As humans, we have access to multiple ways of having these offspring: If the same-sex couple’s choice to have children is egotistical, it is the same “ego” of heterosexual couples who have infertility treatment and have children.

Would a child with a same-sex parent be unhappy?

Of course we can’t say that our children will always be happy, but we can say that they will always be loved and I see no reason that having two mothers would decrease their happiness.

This is a video that sibling’s speech raised in a family with parents of same-sex couples.

“I have two mothers and aren’t growing up in a loving family? Some people don’t believe it, but the idea is wrong. I love moms and moms are unconditional. Loves us. “

In this article, we introduced “questions often asked by LGBT parties who have children”.

Was it a question that you might have asked? Before you ask such a question, consider your motivation and whether there is a different way to engage with the new parents.

Meanwhile, I consider my child’s happiness the most, pour my love with my partner, and devote myself as a parent !!

Thank you for reading! This was Madu(@madocanada)who is twin-moms.
スポンサーリンク 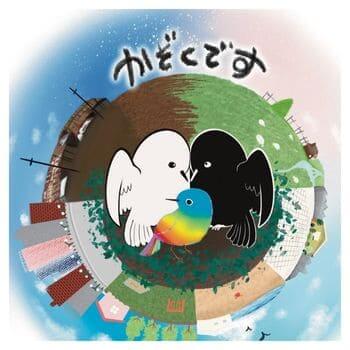